Watching the Olympic Weightlifting athletes every 4 years is truly amazing. Athletes take a lifetime to master movements such as the clean and jerk. These strength trainees are highly selective when choosing their weightlifting accessories. Most always choose a weightlifting belt usually by Eleiko.

Eleiko Olympic Weight Lifting Belts are known around the world by athletes and lifters alike. But what about the everyday lifter? We did a complete review of this lifting belt powerhouse after hours of research. Read on to see how this belt's features, materials and performance compares to our criteria.

Quick Navigation
QUICK OVERVIEW
Who Is This Product For?
What's Included?
Overview of the Features
How to Use this Weight Lifting Belt
Alternatives
Conclusion

This is the first weight lifting brand I will be trying that isn’t founded in the USA. Eleiko is based in Sweden and well known for their barbells and weight lifting plates. In fact, Eleiko is a hugely popular name among powerlifters and strength athletes.

Eleiko specializes in designing fully equipped gyms for worldwide brands. They are currently the chosen brand for the United States Army training department. Specifically, they are the bulk equipment supplier for them as well as huge companies such as the IPF World Championship.

How does the Eleiko Weight Lifting Belt compare to others on the market? Well, Eleiko offers 4 different product lines for their belts, but by far the most popular one is their Olympic version. We read all customer reviews online and researched features of the belt to write this in-depth article on all belts.

Who Is This Product For?

You know those multi-colored weights you see during the Olympics? Well the colored plates are a signature of Eleiko Fitness. Personally, Eleiko is my favorite weight lifting company. They offer so many products from plates, bars, power racks and all other kinds of gym equipment.

So many powerlifters and weightlifters worldwide know Eleiko as a trusted reliable company. Founded in 1957 by a Swedish family, they initially manufactured electrical appliances such as waffle irons. Yes you read that right, waffle irons.

So how did they become one the world leaders in weight lifting products?

Two executives, who loved weight lifting, were frustrated with barbells continuously damaging at the gym. Fast forward 8 years, the Eleiko barbell is the first of its kind to last through a weight lifting competition without breaking.

Over the years, Eleiko continues to excel in performance and commitment to the future of weight lifting. They are a well built company that is fully family owned. Their Eleiko Weight Lifting Belt is perfect for athletes planning to perform Olympic movements. Further, they have a powerlifting belt that’s IPF certified and ideal for heavy lifting. Finally, their higher priced premium weight lifting belt is for the best athletes who need it for optimal performance.

It's hard for me to control my enthusiasm for Eleiko weight lifting products. And the wait for the Eleiko belts to arrive was full of anxiety.

The Eleiko Olympic Weight Lifting Belt is made of genuine split leather. The leather is stiff and not very flexible. The belt is a sleek tapered design that goes from 2 inches at the front to 4 inches at the back. I found this belt to be quite similar to the Harbinger Padded Belt because of the padding at the back. The suede padding provides that extra comfort during more agile movements such as snatches and cleans.

Their Powerlifting belt is IPF certified and stiffer than the Olympic variant. At 13mm thick, the belt is like any other powerlifting belt in terms of stiffness. The internal section of the belt is suede which dramatically helps the belt not slip during lifts. Furthermore, the belt is uniform in width and rigid. Considering the heavy duty materials, I found it surprising the belt only weighs 3 lbs. Yet it's nowhere close to being as compact as other belts we’ve reviewed.

The premium weight lifting belt is also made of quality leather and has all the stiffness you’ll ever need. The vegetable tanned leather is the highest quality hide you can get. Similar to the powerlifting model, this belt has no taper and is 4 inches all around.

All three belts are beautifully hand crafted. You can immediately tell the amount of time and level of care Eleiko takes in designing their products. It's no question why the International Olympic Committee considers Eleiko for their weight lifting needs. All three belts consist of leather and have top-notch double stitching construction. Eleiko belts are soft and comfortable while durable enough to provide stability during your heavy lifts.

Overview of the Features

What's surprising about Eleiko weight lifting belts is none have a lever buckle fastening mechanism. What's more is they only fashion a double prong system for all their leather belts. Now the double prong system isn’t as popular as single prong or lever because of various reasons. Many lifters find double prongs to be redundant. To clarify, there is only an incremental addition of stability from a single to double prong system.

Furthermore, the double prong system can be tedious to pull off. Imagine you’re finishing a heavy set of squats and you’re about to rip off the belt. You go to undo the buckle but since the two prongs are not lined up properly, you have to take the prongs out separately. Personally, I enjoy the feeling of letting go and breathing after ripping the belt after a heavy workout. But, if I am fidgeting to get the belt off, it's not as satisfying.

For Eleiko weight lifting belts, only the powerlifting model has a unique design that truly makes taking off the belt easy. The belt has two prongs that are bridged together. This feature allows the two prongs to function as one making it quite smooth.

The buckle and prong components on all Eleiko belts are stainless steel and have bolts to keep it in place. Eleiko belts scream durability and superb construction. I really appreciate the thick double stitching around the outside of the belt that lends to its robustness. In addition, since the belt is relatively light, you can easily keep it in your gym bag without wearing and tearing. I didn’t see any loose threads from the stitching and they remained in place after several uses.

The belts are available in a limited number of styles and colors. Mainly, blue, white and black. However, the white leather with large branded writing is my personal favourite version. One drawback of white of course is the scuffs and marks that are easily noticeable after a few uses.

How to Use this Weight Lifting Belt

As I do with all weight lifting belts, I put the Eleiko Olympic Weight Lifting Belt through one of my workouts. I performed more cleans and other Olympic movements to really test the namesake of the belt.

When I put on the belt I make sure it fits around my navel area. I know some lifters prefer the belt to be lower or higher but what matters most is your comfort level. The purpose of the weight lifting belt is to provide something to brace against when performing the Valsalva maneuver. The increase in intra-abdominal pressure will help you lift more safely and effectively.

While the belt is around me I appreciate the softness of the suede and the extra padding in the back. There’s not too much give in the leather of the material and I prefer it this way. If I can just slightly put my hand through the space between the belt and my abdomen, I’m happy. The belt is a great balance between sturdy but soft.

The double prong steel buckle is a positive for me. I can feel the heavy duty metal is made to last and isn’t flimsy at all. During my lifts, I felt secure and actually enjoyed the prong system. I can only imagine the Eleiko Powerlifting Belt would be even smoother with the bridged prongs.

I could easily move during my Olympic lifts with the belt on. My torso felt tight and snug but not uncomfortable. My range of motion was never hindered and I never felt stuck in the belt. The padded portion of the belt kept my posture upright during squats and helped with form. Although, I would recommend learning the basics of squats and mastering technique instead of relying on the belt.

Even during deadlifts I could feel the padded section really signalling my shoulders to stay up. The belt feels extra rigid and prevents forward lean. With the double prong buckle, I felt the belt hugging my abdomen tightly while keeping my back upright. Although I don’t always recommend the tapered width, this belt accomplishes a great balance. The buckle is thick and heavy enough to build up my bracing power and it feels more uniform around than it should be.

I liked the leather strap under the double prong lever buckle. The belt didn’t pinch or dig into my hips. I don’t think the belt would feel comfortable without a shirt because of the leather. But, the inside portion of the belt is quite soft and non-slip to grip your abdomen snugly. Due to the fact Eleiko belts are leather, there will be a short break in period lasting 2-3 weeks. You can always speed things up by bending and manipulating the belt in various directions to soften the leather.

Eleiko’s line of weightlifting belts should be able to keep any athlete happy. With a strong brand reputation and top quality products, you can’t go wrong with Eleiko. However, considering how much research Eleiko invests towards gym equipment, belts are not their sole focus.

Eleiko is a top name in the weightlifting world. You will get a high-quality product with any purchase from this global giant. Their various belts are made of top of the line materials and skillfully constructed. The Eleiko Olympic Weight Lifting Belt is perfect for athletes needing more mobility such as CrossFitters. Similarly, the powerlifting belt model is ideal for Strongman and strength athletes lifting above more than 250lbs.

During my lifts, I enjoyed using the belt for support and bracing power. My torso was tight without the belt interfering in my hip hinge movements. I wish there was a lifetime warranty and more style options but for the purpose of weightlifting, Eleiko belts are near perfect.

Inzer Belt vs. SBD Belt: Which One is Best For You? 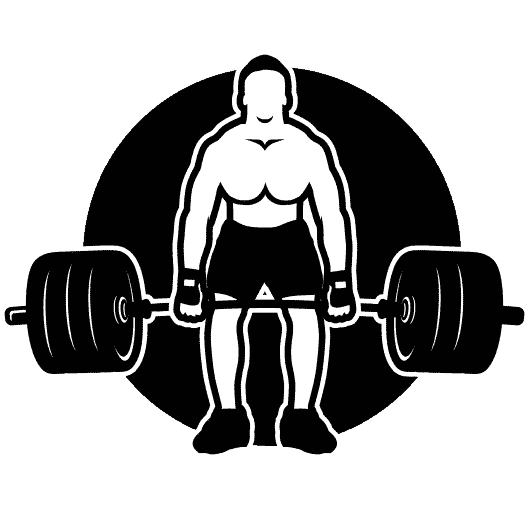 Hi! I’m Wasim Kagzi and this is where my team and I write and research about everything fitness. On MuscleLead we share all the helpful tips, techniques, and advice we've learned over the years. Personally, I've dedicated my life to learning and the pursuit of strength science. I hope to eventually compete one day and become the strongest version of myself.